“Hashtags in comments don’t work anymore”. I know you have heard this somewhere on instagram moreover if you are someone who follows many other instagram blogs, some will say hashtags do not work in comments anymore. Today I am writing this blog post to put a full stop on this issue/rumors.

We have people talking about this everywhere:

Lets track back to where it all first started.

People use hashtags in order to get their content discovered by target audience. You have seen people saying: Use right hashtags to get more reach and engagement on your posts. It’s true. You surely get more eyeballs on your content via right hashtags. Your content gets surfaced all over instagram with hashtags. Instagram themselves have confirmed that using 30 hashtags in your post is FINE.

If you think using 30 hashtags makes you feel like spam. RECONSIDER! I firmly believe the more the better.

But even after these restrictions, I have seen accounts using 50+ hashtags (30 in captions and more in the first comment). I nor any of my friends who have large follower base do it, so I have no idea how is the engagement on these type of accounts.

Back then, people started using hashtags in captions. All 30 of them, which took much space and looked ugly too. To counter this, they started posting hashtags in the first comment right after posting the picture. This made sure your captions didn’t look ugly and your followers could enjoy your captions without going through your huge list of hashtags. 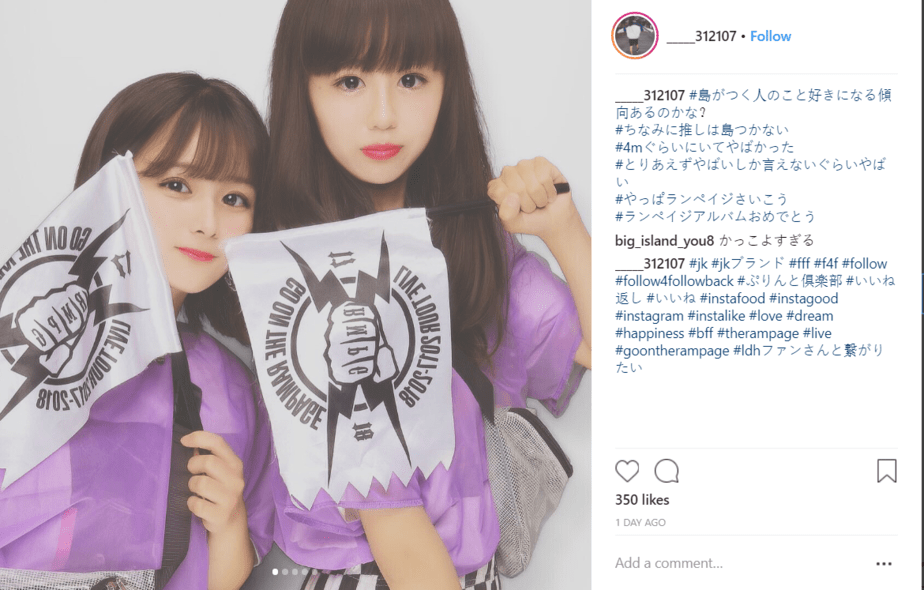 Having photo without caption and only hashtags looked messy/ugly as above image is.

So in order to avoid looking spammy, people started posting 30 hashtags in the first comment. Everything seemed fine and hashtags were working until the big algorithm change update. This algorithm not only changed the way content was consumed on instagram, but later some believed adding hashtags in comment section got them less engagement.

People always cry when they get less engagement (LESS NUMBERS). The problem is, they focus too much on numbers than actual engagement. On a good day, they may get 7 spam comments and 100 likes and feel they got good engagement. Next day, if they get 3 genuine comments and 80 likes, they start yelling engagement issues and blame shadow-banning and stuff. Majority of people think engagement as a numbers game.

But the real engagement happens in dm’s, interactive comments, people clicking on your links, swiping up on stories and joining your email list. This is when likes and comments hardly matter.

This crying issue happens with hashtag too! People add hashtags in the first comment and if they get less engagement, they blame “Adding hashtags in comment decreases engagement or reach” which is so not true.

In this event, engagement depends on the following factors:

Let me explain in brief:

As per a study conducted in 2014 , photos with faces get more engagement than photos with just text. You may or may not have observed this on your account, but I see this every day on instagram.

What people do is, they will post a textual post with hashtags in the first comment and another post containing their face with hashtags in the caption area. Now it’s obvious the photo with a face will get more engagement. Now they come to a conclusion that hashtags don’t work in comments.

People assume using #mensfashion and instantly get more eyeballs on their content, which is misleading.

I see people charging for researching hashtags. Yes, they should, because choosing hashtags is not an easy task. Most of the people choose a predefined list by googling or come up with their own set of hashtags by brainstorming.

This approach leads them nowhere. Again, people use wrong hashtags that won’t fetch them any engagement and then blame “hashtags in comments don’t work”.

Get your hashtags research done right and then test adding hashtags in both comments and caption.

Although many of you may disagree with me on this, but the time of posting still matters! I usually recommend posting when the majority of your followers are active. You can use various analytical tools for checking the most engaged times (Favourite recommendation: IG Business analytics and Iconosquare (PAID))

People don’t post at the right times and get much traction even after using correct hashtags. So the time of posting matters a lot when making your hashtag strategy work! This is because the more likes you get in an hour (approximation), the more instagram pushes your content to the large audience and finally in the Top section of Hashtags that you have used.

So what is the final verdict?

After being in paid groups, forums and free Facebook groups that talk about Instagram marketing, there are still people who report using hashtags in comments do work. Now I am not saying they surely will work for you because you need to test them for your account.

If you want your study to be as accurate as possible to following first:
1. Stop interacting with other accounts for a week.
2. GET YOUR HASHTAGS RIGHT! PLEASE! (not #love)
3. Posting at best times (Check in-built analytics for active times)

When you are ready, start testing:
1. Posting the same format of content (text-based posts/photos with faces) for a week CONSISTENTLY.
2. For a week, add hashtags in the caption area and check results.
3. Keeping point 1 same, after the first week, test hashtags in comments section and check results.

I could have shared my own opinions with you here still, there will be people disagreeing with me. That’s fine, because things that work for me, might not work for you. (My verdict: Hashtags in comments still work for me)

Also read: Why ask followers to Turn on Post Notifications

Show some love or put your doubts/conclusions in the comment section below.