Instagram remains a widely used platform in order to promote personal as well as business contents by showcasing them in the right amount to all your followers and making sure that you maintain the quality of all such posts which are being displayed. 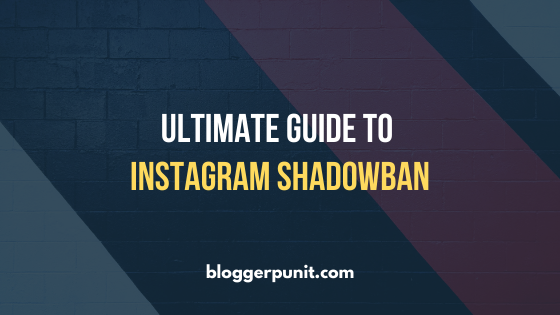 Once you gain a vast number of followers via your Instagram profile, it is essential that you keep concentrating on developing excellent ideas and posts by making use of your creativity in order to stand out from others and also to keep your community focused on you.

Once you have set up a successful atmosphere and are receiving constant responses from your community, you will definitely take note if there is any sudden change in the glow of engagement through your social media page which would suddenly alarm you and raise a cause of concern in your mind.

When there is a sudden drop in the number of likes and comments on your post and when you cross-check and realize that the number has indeed decreased from that of your previous posts, you may have a doubt if the Instagram shadowban feature is taking its toll on your account.

The main problem at hand is that many users might not be aware of the feature that is tremendously attacking their account from gaining those extra followers via using a massive amount of creative hashtags through which they expect their followers and others on the portal to see their contents.

Hence if you are an active user of Instagram and use the platform in order to grow your community or services by a huge amount.

It is vital that you get a complete understanding of the newly risen features that can cause you confusion in the first go.

Even though Instagram has never openly admitted regarding the stunt that is being pulled in between the servers which may lead many of its users in a state of concern especially new Instagrammers rising on the platform who isn’t aware of the basics, there are times when the said issue was addressed moderately. In order to get into the depths of this particular feature, it is important to know that shadowban is a feature that makes your posts invisible to users who are trying to search for content via the used hashtags.

There are numerous speculations that go around stating that Instagram often programs its servers in order to filter out certain hashtags which are against its terms and conditions to be taken out from the public feed by separating them so that they won’t appear in the common search window even if a user searches specifically for the tag that you have used in your post. This would make it harder for new users to reach out to you if they are unable to see your posts and hence bring about a vast decrease in your new follower number causing you panic.

Every platform has its own terms and conditions which are set once they are establishing a structure since it is essential to maintain a balance and certain borders have to be set especially if the medium is designed to accommodate the needs of a vast population. Instagram has only given comments on how certain users are being affected with the hashtag search issue that is raising more concern among others and gave assurance that they as providers are working on the baseline in order to improve their services and to come up with better options and updates available on the portal.

What to do in order to avoid this loss?

As there are numerous users on the platform, even for such an issue prevalent you can maintain a check with certain facts and figures in order to keep your posts at bay along with the rules and regulations of Instagram such as: 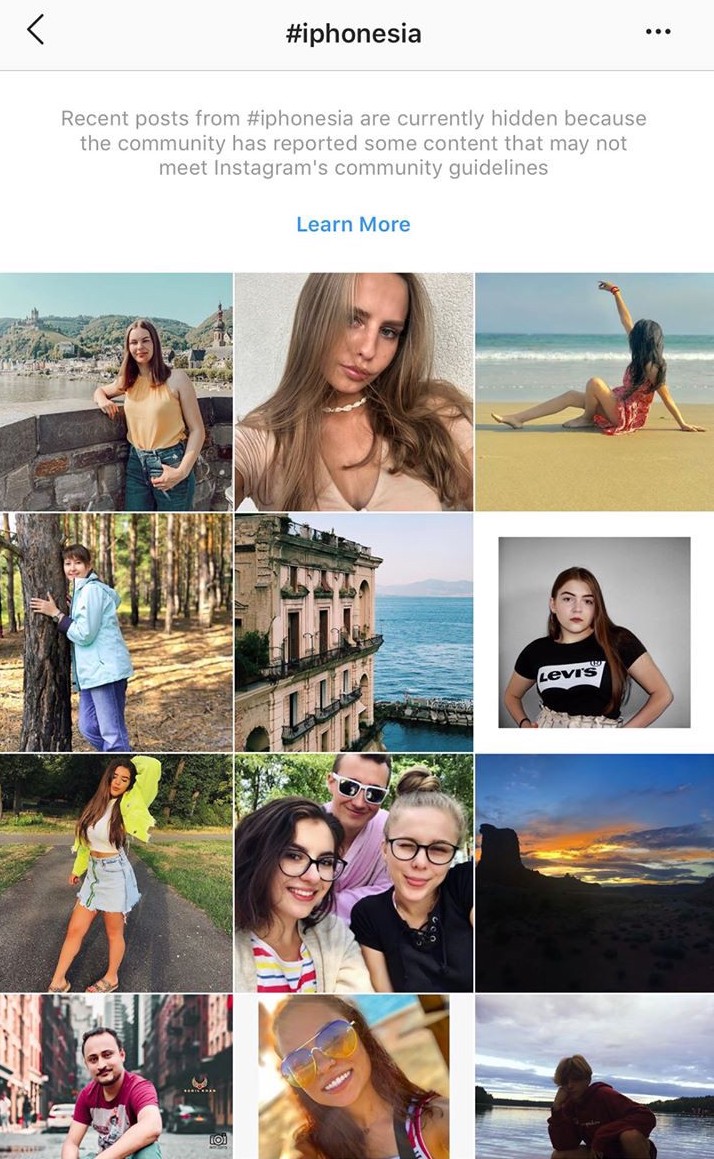 You use a hashtag on your own or even something which is commonly used there are very high chances that you might not know about the technical details or the numbers in regards to the content you are using.

Even if it a simple and a genuine hashtag, if there is any previously reported or found sensitive or spam images that are in relation to the hashtag that you made use of, then Instagram by default counts your post under the same category and make your post invisible as a whole from other user’s feed.

So you can check and make sure you are not using any inappropriate tags while you are putting up a post as it is always better to be careful than ending up being sorry.

In prior to putting up any post, you can always check and research the number and type of hashtags that should be used in association with your content and the information inside and also use certain online tools to cross-check so that you wouldn’t face any issues regarding your tags being broken.

You can use the following tool to check if your hashtags are banned:

2. Avoid getting your account/content reported

You have to make sure to avoid any sort of third-party application which you might have used on Instagram at a point of time, which made the provider separate your content as such as it was found to be against their terms of service mentioned.

Check your posts to make sure there isn’t any sensitive or inappropriate content in the tags that are used and remove anything that even slight indicates the same as if found to be guilty, Instagram has the power to make that entire post disappear from the eyes of any other public in the portal thereby denying its existence.’

Keeping away from the portal for about 2-3 days and refraining yourself from engaging in any activity such as liking, commenting or sharing can bring about a change in your usage metric and show that you can use the application without exceeding its said time limit.

Research on certain contents before preparing a post content can actually save you a lot of time such as keeping a record of all the broken and banned hashtags that are listed and is free to be viewed by anyone who wants the listing can help you avoid those tags from your posts. Go through the regulations set by the provider in order to get a clear understanding of where the issue arose and keep an eye out so that such rules will always be followed by giving extra care and attention to such intricate details and methodologies on the portal.

By maintaining a constant state of engagement with your community family in order to feed them with more quality contents and also staying connected to them is important, using bots in order to generate automated response and activities may give you results in the first go temporarily but will cause more damage than good in the long run. When you get free time, try reading more about the tags that are relevant to be used and brainstorm your mind to see if you can come up with creative and quirky hashtags that you can use in your future posts.

You can always stay genuine to your cause and to your follower family in order to maintain the effort that you used to put in, in the initial stages of your account build and keep doing the same organically by getting engaged to the users on your own via meaningful gestures in order to make it easy for them to relate to you and your contents as well.

With all the open opportunities that the platform sets in front of our eyes, it is only essential that we keep ourselves in constant check regarding all the ground rules and good practices to be followed as suggested.